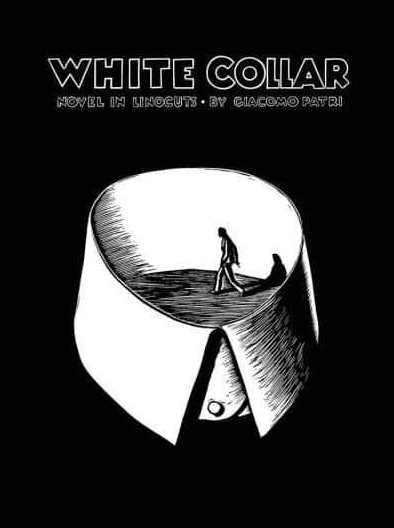 The struggles and injustices faced by workers during the Great Depression spring to graphic life in this powerful wordless novel, which traces a middle-class family's downward spiral. Recounted in 128 striking black-and-white linocuts by artist Giacomo Patri, the story takes place between 1929 and 1933, from just before the stock market crash to the devastating years immediately afterward. The protagonist, an earnest young man with a promising career in advertising, descends into unemployment, debt, and homelessness. Desperate to provide for his family, he discovers common ground with blue-collar workers and the benefits of union organizing.
Because of its controversial depictions of class struggle, unionization, and abortion, White Collar was shunned by publishers, and the author was forced to print his own editions. Early copies are extremely rare; this Dover edition marks the volume's first return to print in decades, and its very first appearance in hardcover.
Suggested for mature readers.