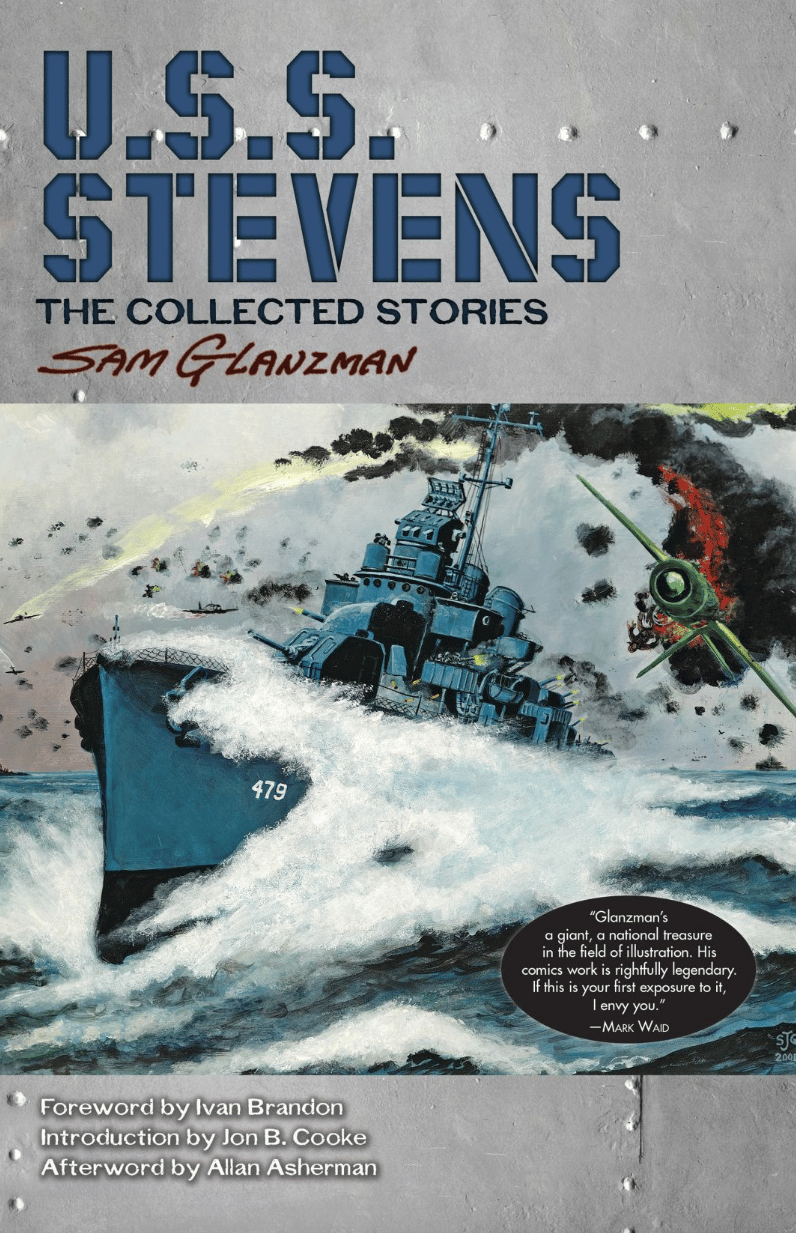 "USS Stevens is both an excellent graphic narrative and an important record of an American warship's service in the Pacific campaign of World War Two. It also serves as a fine tribute to the young sailors of the US Navy, who faced the forces of Imperial Japan in battle after battle, enduring countless hardships on the long journey to victory. Mr. Glanzman has my admiration, respect and profound gratitude." — Garth Ennis, Eisner Award–winning writer of Preacher and The Punisher, Hellblazer, Judge Dredd, and Hitman.

Legendary Golden Age artist Sam Glanzman set many of his tales aboard the USS Stevens, the actual World War II destroyer on which he served. This full-color, hardcover treasury collects every single Stevens tale he ever published, more than 60 short adventures from Our Army at War, G. I. Combat, and other 1970s DC war comics as well as longer pieces from Marvel's 1986 revival of Savage Tales magazine and the more recent Joe Kubert Presents. Plus, this outstanding collection also includes the final, four-page story about the warship, newly written and illustrated by Glanzman himself.

Please enjoy the four page preview, which is one of the 60+ stories included in this incredible collection. 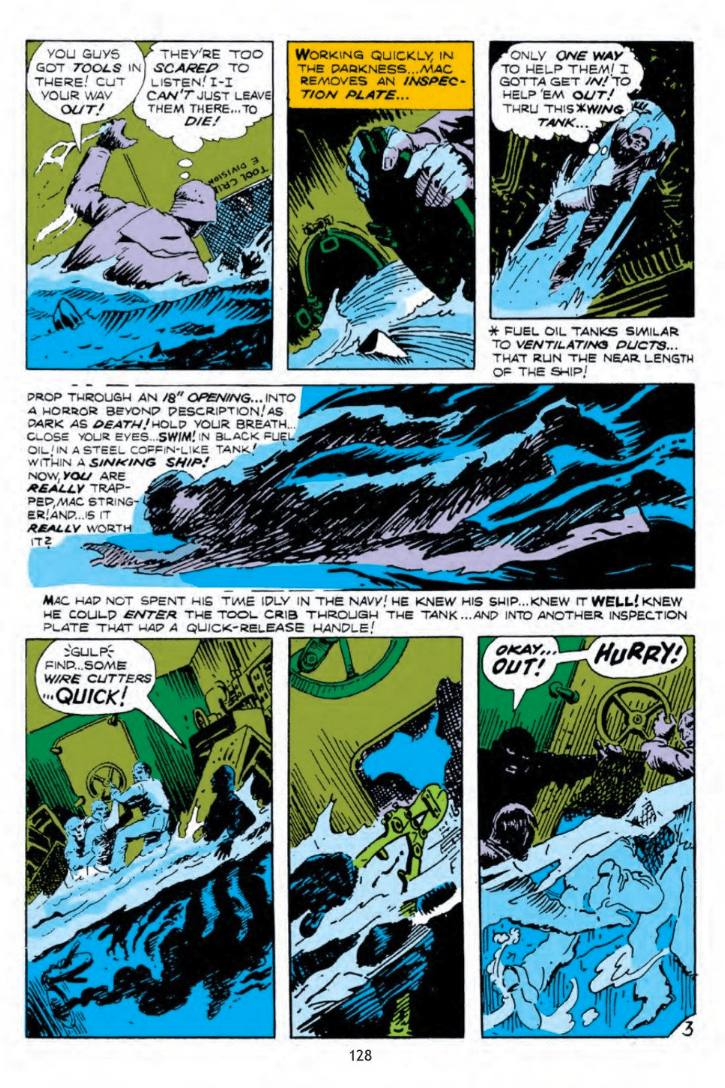