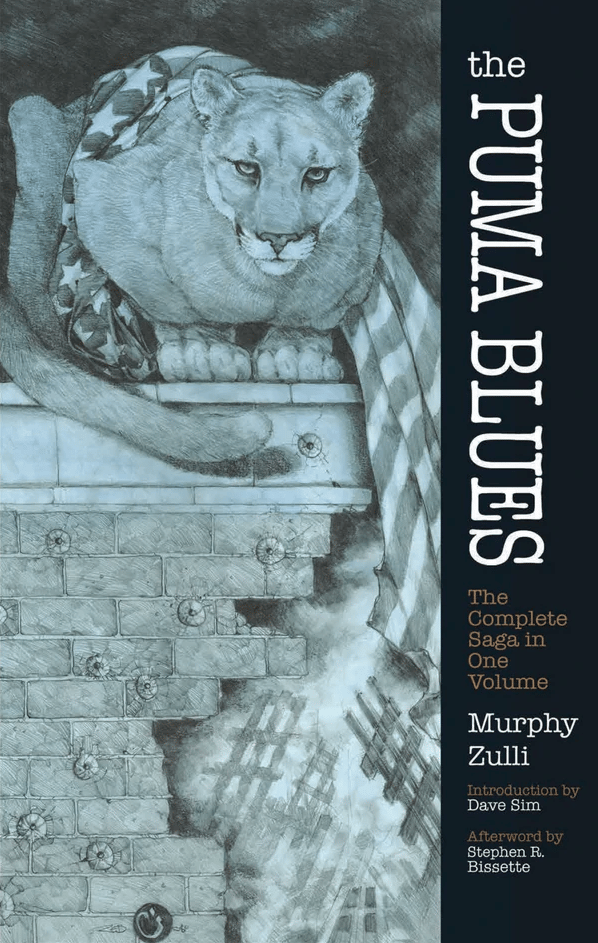 "Intelligent and urgent mythology for the end of the millennium." — Neil Gaiman
"Now that it's done, The Puma Blues can take its rightful place alongside the period's other great monuments, such as Alan Moore's From Hell and Neil Gaiman's Sandman. Without it, any well-stocked comics library should be considered incomplete." — A.V. Club
"Absolutely outstanding art by Zulli. The visuals are eye-popping." — Publishers Weekly
Out of print for nearly 25 years and one of Rolling Stone's Top 50 Non-Super Hero graphic novels of all time, The Puma Blues is a series of interrelated stories that visualize life at the turn of the 21st century as a world of mutated animals, in which a lone government agent investigates the truth behind environmental degradation. Written by Stephen Murphy, the most prolific Teenage Mutant Ninja Turtles author of all time, and illustrated by Michael Zulli, artist on many of the most popular Sandman comics, The Puma Blues unveils "a near-future world kissed by terrorist assaults…and the threat of ecological ruin. Zulli's wildlife art is utterly breathtaking." — The Comics Journal. "If you want to see a book with truly amazing art that challenges the constructs of illustrated fiction, look no further." — Cleveland.com. Suggested for mature readers.
Exclusive Bonus Material:
• New forty-page ending by original creators
• Hard-to-find The Puma Blues mini-comic
• New Introduction by Dave Sim, legendary creator of Cerebus
• New Afterword by Stephen R. Bissette, acclaimed artist on Swamp Thing
• Four-page The Puma Blues story by Alan Moore (Watchmen, V for Vendetta)