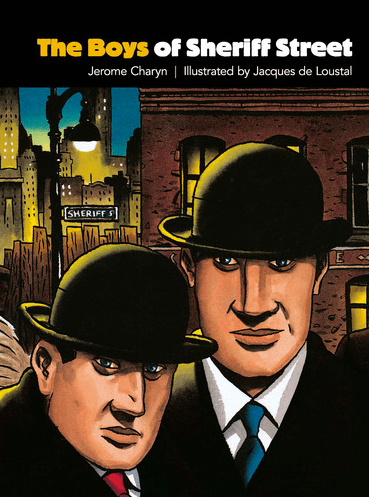 Amid the tenements and riverfronts of the Lower East Side, twin brothers Max and Morris rule the seedy streets as chieftains of a crew of thieves and hoodlums. Tensions rise when a rival gang encroaches upon their Sheriff Street territory, leading to a wave of violence that threatens to develop into an all-out war. The setting becomes even more explosive when a femme fatale enters the scene and tests the brothers' loyalty to each other. With its moody, atmospheric images of New York City's underworld during the 1930s, this graphic novel conjures up the timeless allure of film noir. The haunting illustrations are the work of French artist Jacques de Loustal, who is also a noted painter and graphic artist. This edition includes a series of the artist's preliminary sketches. Author Jerome Charyn, hailed by New York Newsday as"a contemporary American Balzac," provides a new introduction and translation for the tale, which was originally published in French. Suggested for mature readers.