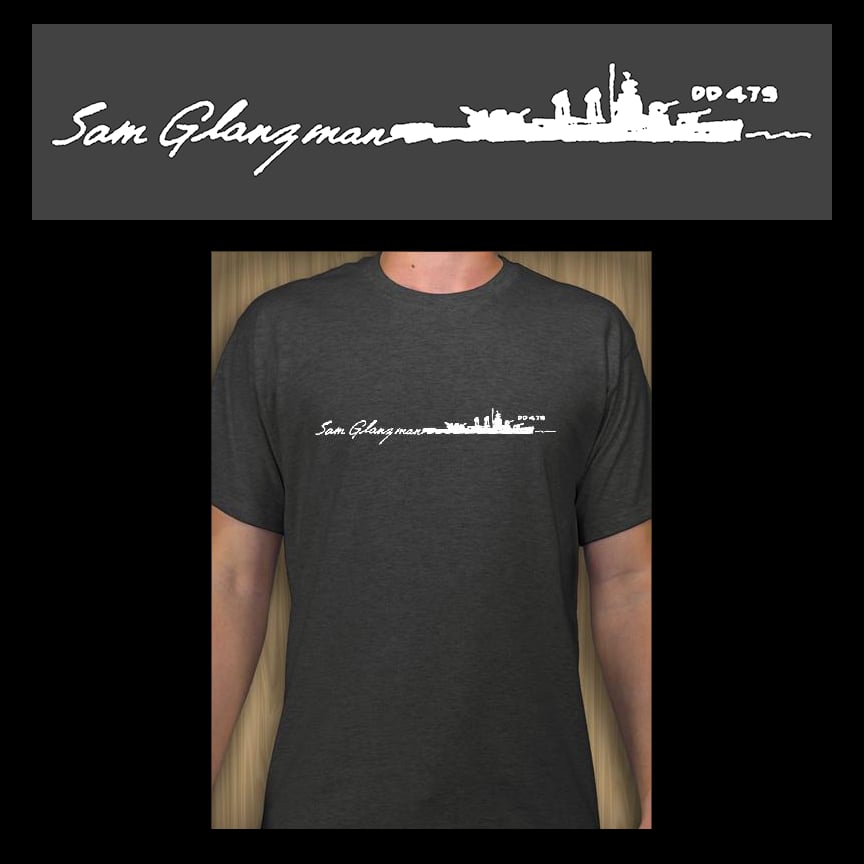 Now you can proudly profess your love and admiration for one of the greatest storytellers in the history of comics! Available for the first time anywhere, this classy t-shirt displays the signature of Golden Age comic book legend Sam Glanzman, along with his drawing of the ship that he served aboard during WWII, the U.S.S. Stevens...the same ship which inspired Glanzman to create over 60 short stories and two graphic novels about his war time experiences, which have won him fans around the world, along with an Eisner Award nominated!

This shirt comes in charcoal with white text and imagery.
The available sizes are in Adult unisex. Small to 5XL