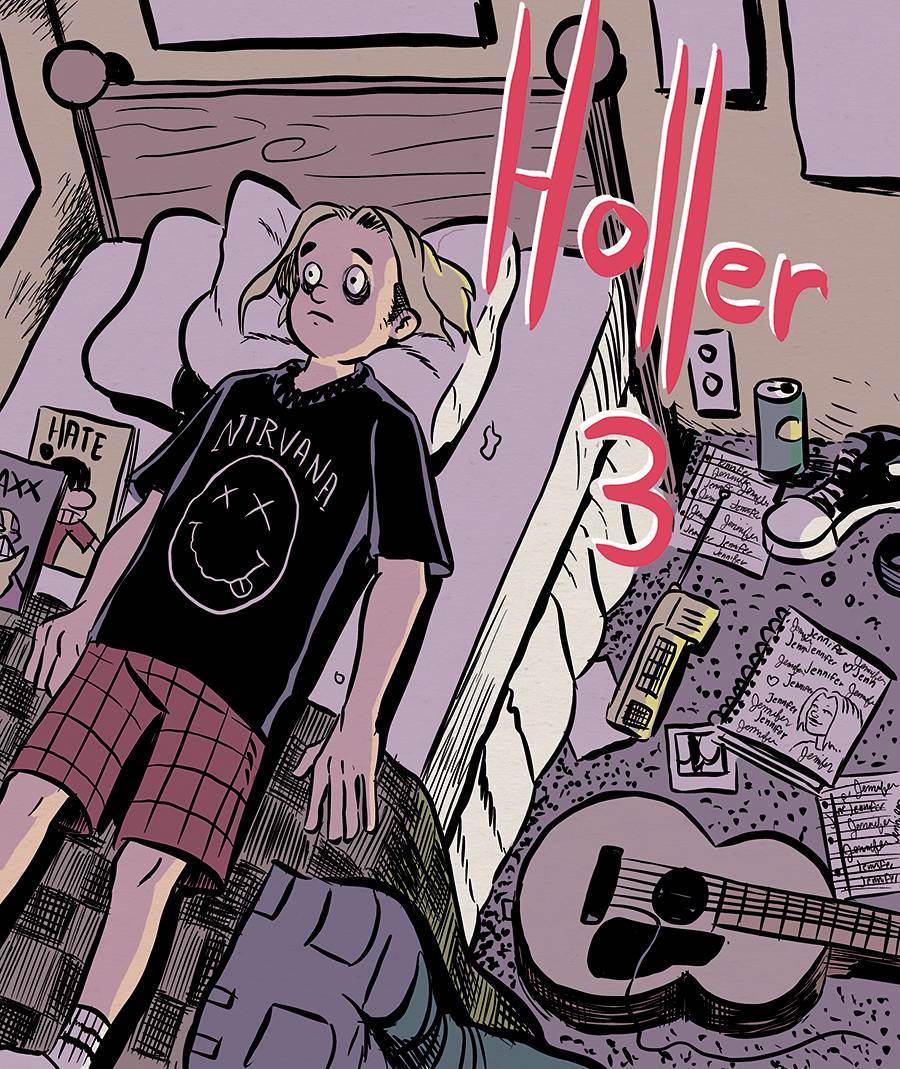 Set in the 1990s among the Appalachian Mountains of Virginia, Holler follows the misadventures of four young friends who form a garage band. Featured stories this issue include: "This Next One Is A Song About Jennifer," the story of Mark's one solo songwriting credit for the band and the heartbreak that inspired it; "A Sign From God," a local business' billboard starts mixing in religion with their advertising, and Mark may know the culprits when it's vandalized; "Pornin," takes a look at one of the best past times to ever come out of the Appalachian Mountains.