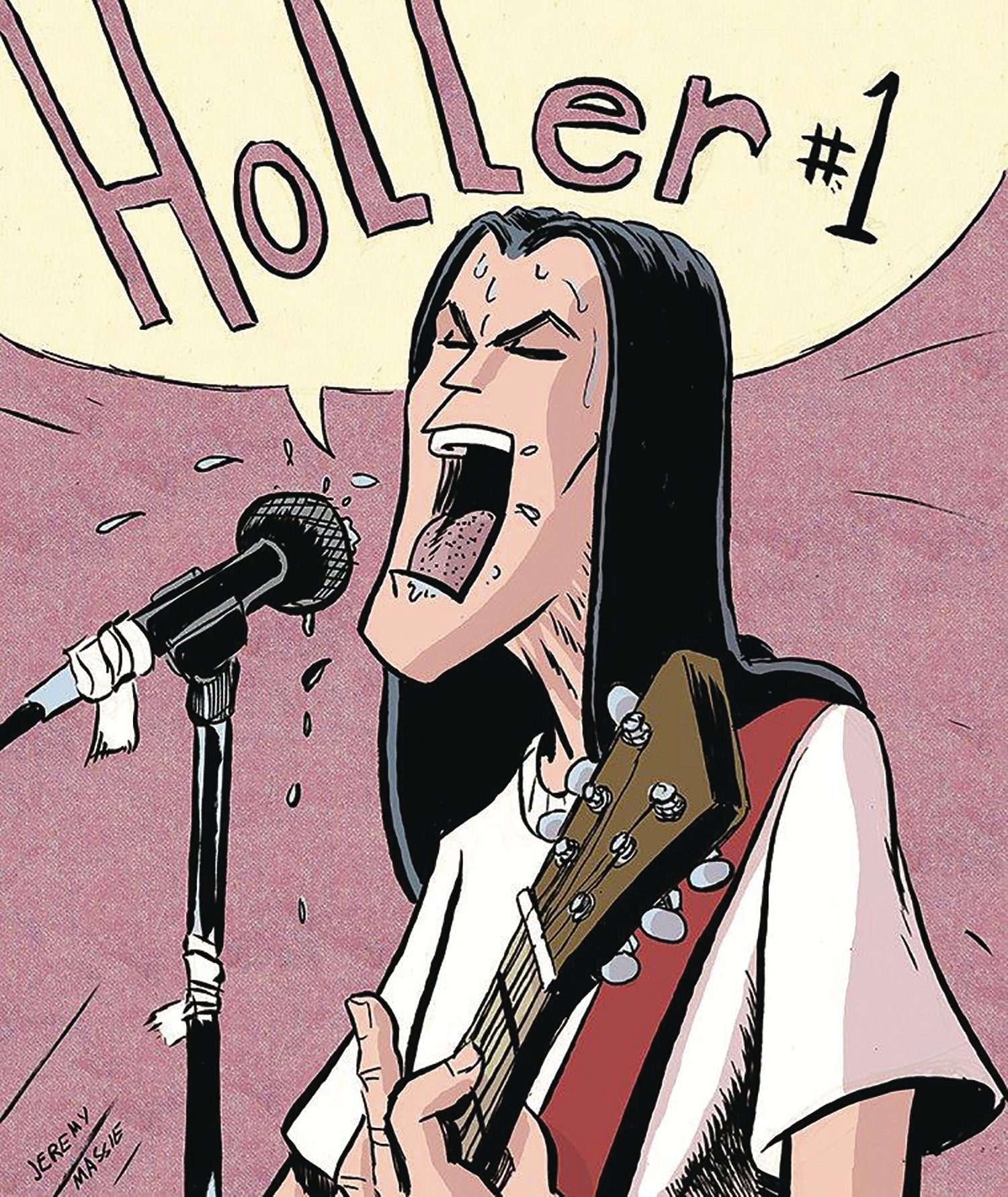 Set in the 1990s among the Appalachian Mountains of Virginia, Holler follows the misadventures of four young friends who form a garage band, while navigating the ups and downs of teenage existence. Featured stories this issue include: "The Nirvana Shirt", where the fate of a favorite t-shirt is on the line; "The Origin of Magnesium Mama", which shows us it's not so easy to come up with a good name for your band; "First Show at the Bistro", that details a band's journey, both harrowing and exciting, to the Battle of the Bands. Also included this issue are one pagers "Getting in Tune" and "The Booger: A Confessional Comic". Finally an alt-rock, grunge-fueled comic that everyone can enjoy!