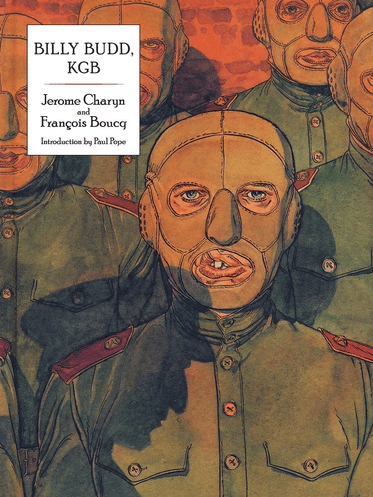 "Vivid and sensitive." — Publishers Weekly.
Inspired by Herman Melville's novella, this graphic novel recounts a gifted and naïve young man's recruitment by the Soviet secret service and his adventures in New York City as a spy. The tale begins in the aftermath of World War II, when a Ukrainian orphan with remarkable psychic powers is selected and trained by the KGB. Two decades later he arrives in the United States to lead a double life. Operating under the name Billy Budd, he conducts espionage while working with a construction crew that builds skyscrapers. Billy's rescue of a co-worker and the resulting friendship lead the agent in the direction of a spiritual existence, a previously unimaginable possibility. But can Billy escape his Soviet masters?
This edition features a new English translation by author Jerome Charyn, who previously collaborated with illustrator François Boucq on the acclaimed graphic novel The Magician's Wife. An Introduction by Paul Pope, author and illustrator of Batman: Year 100, provides additional insights into this Cold War thriller.
Suggested for mature readers.