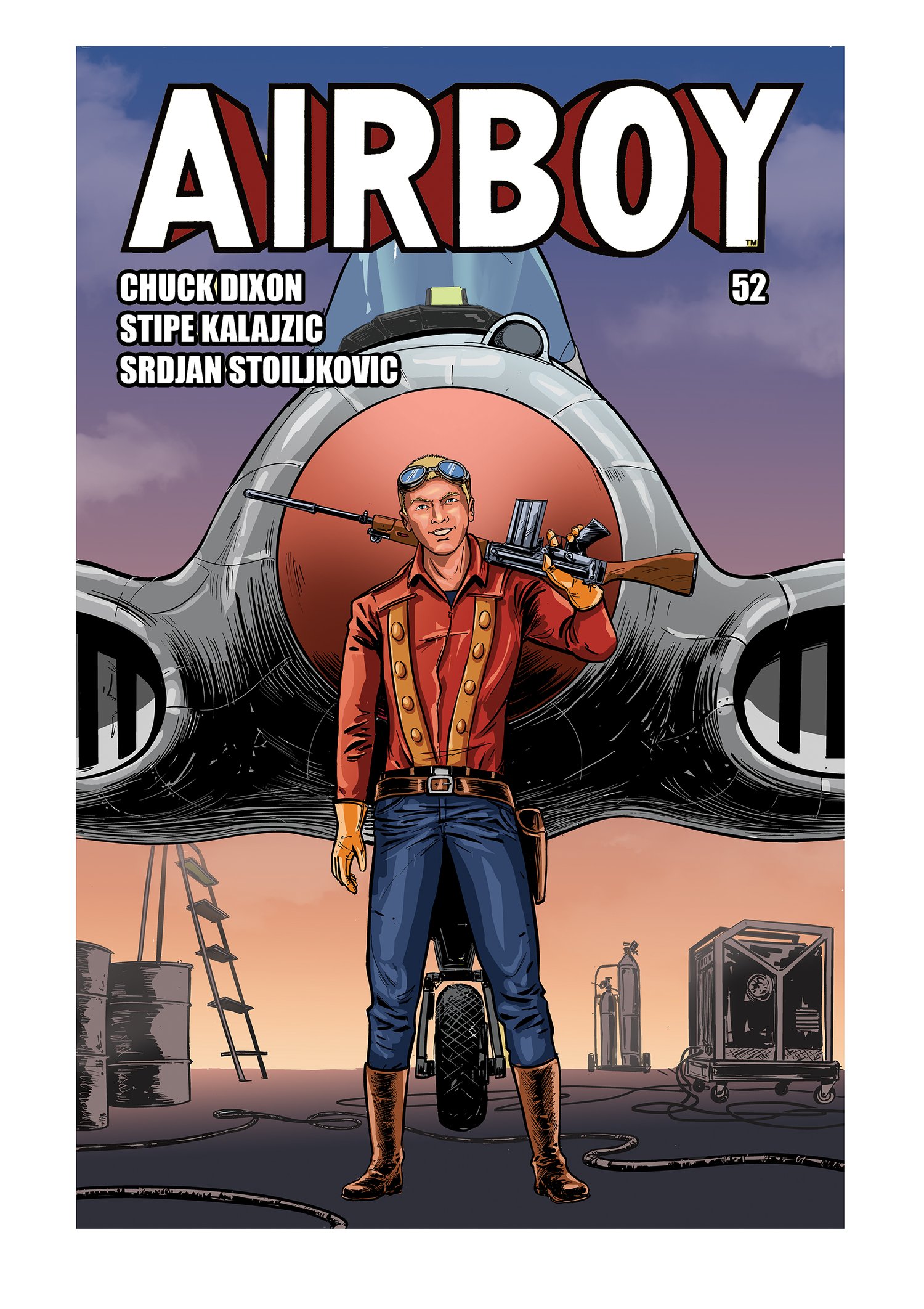 Chuck Dixon's return of AIRBOY continues! AIRBOY #51 picked up right where AIRBOY #50 left off 30 years ago! AIRBOY #52 begins with excerpts from a letter Valkyrie has written to her son. We learn that after Davy returned from the land of Misery (AIRBOY #50-51), he cancelled all weapons contracts, through Nelson Aviation, related to the military. Replacing defense contracts with experimentation with the newest technology, his work with fuel economy, automation, and drones revolutionized the flight industry. And with the arrival of his son, David Lawrence Nelson IV, his success and happiness was nearly complete. Despite all this, Davy becomes more and more troubled. Putting together a secret mission, calling together his old comrades, he faces Misery once more. It is the last flight of the Air-Fighters, and it appears that Davy and his team are lost forever. Not wanting to believe this, Valkyrie leaves her son to find her husband. Years later, now all grown up, David (who has inherited his family's company) makes some upgrades to Birdy, and takes off to find out what happened to his parents, taking up the mantel of AIRBOY!